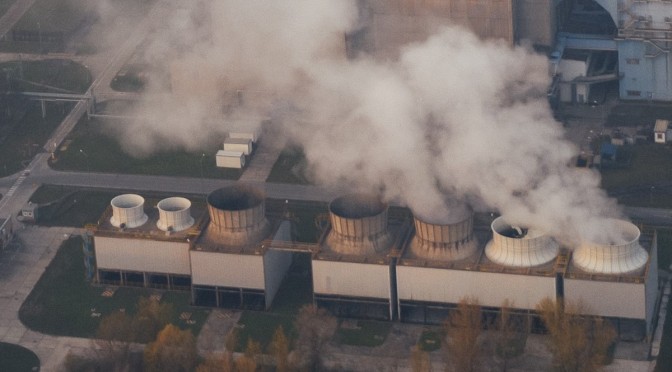 Air pollution killed approximately 1.7 million Indians in 2019, according to a report by the interdisciplinary journal Lancet Planetary Health. The causes of air pollution can be natural or man-made. Breathing fresh and pure air has become nearly impossible due to the increased quantity of contaminants in the air.

In this blog, l will walk you through some common activities that knowingly or unknowingly are becoming the major causes of air pollution. Now, off we go.

Let me list down the 9 major causes of air pollution.

Let’s have a look at each of them in detail.

Burning of Fossil Fuels – Chief cause of air pollution

Industrial activities release a variety of pollutants into the atmosphere, affecting air quality in ways we can’t even imagine. Industries that use coal and wood as their principal energy sources release PM 2.5 and 10, nitrogen dioxide, sulphur dioxide, and carbon monoxide.

Mining is one of the largest causes of air pollution. Excavations, blasting, and transportation of materials generate particulate matter. Also, Exhaust emissions from mobile sources such as trucks and heavy equipment raise these particulate levels.

Ever thought that there were natural causes of air pollution? Well, let me show you how this happens.

For a detailed insight on the major air pollutants, make sure that you go through our blog, What are air pollutants? | Types, sources and effects of air pollution.

Indoor Pollution – A hidden cause of air pollution

Have you ever observed that when you paint your house’s walls, it emits a noxious odour that makes it nearly impossible to breathe? This is due to the VOCs released by paints, perfumes, home decor, cleaning products etc. VOCs including acetone, formaldehyde, xylene, etc are chief causes of air pollution indoors.

Around 3 billion people still cook over open flames using solid fuels such as wood, crop wastes, charcoal, coal, and dung. These inefficient methods of cooking can release CO, CO2 and soot particles which can penetrate deep into the lungs. Above all, indoor smoke levels can be 100 times higher than permitted values in poorly ventilated houses. Shocking, right?

Here’s the truth. According to WHO, every year, around seven million people die prematurely as a result of the combined impacts of ambient (outdoor) and residential air pollution.

Several construction sites and raw materials such as bricks and concrete produce haze and filthy air. This is endangering people, particularly children and the elderly. For instance, the Central Pollution Control Board (CPCB) recorded the highest number of air pollution complaints in the Delhi NCR due to building and demolition activity.

Open Burning of Waste and Stubble.

Causes of Air Pollution in Delhi

If you wish to dig deep into the pollution levels in Delhi, check out our blog, Air Quality Index in Delhi – AQI categories and Causes.

To sum up, air pollution has a variety of causes, each with its own set of problems. Residential energy for cooking and heating, vehicle emissions, electricity generation, agriculture/waste incineration, and industry are all major sources of air pollution. Integrated policies supporting sustainable land use, energy-efficient housing, power generation, and better municipal waste management can effectively reduce significant sources of ambient air pollution.

The National Green Tribunal has played a key role in delivering effective and timely resolution in cases involving environmental preservation, forest conservation, and air quality management. Let’s all be a part of reducing air pollution and do our bit to protect the air quality.

3 thoughts on “Air Pollution Causes and effects – A Comprehensive Guide”